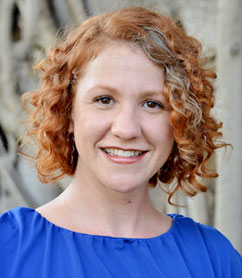 As Associate Artist, Krys Parker is responsible for putting together ideas for productions and projects; maintaining dialogue with fellow artists; building and maintaining relationships with other theaters in the community; assisting with casting of all productions; assisting in coordination of educational outreaches and workshops; artist development and training; acting as liaison with Marketing and Development for each production; representing the artistic side of the Festival’s work for marketing and development events and standing in for the Artistic Director when necessary.

Krys Parker has performed leading roles for the Palm Beach Shakespeare Festival’s annual, outdoor Shakespeare by the Sea for the past 20 years. She has also performed in the Festival’s contemporary spring productions, as well as hosting educational workshops and serving as judge on the Festival’s behalf for the annual Pathfinder Award for drama.  She has serves in an advisory artistic capacity and as co-producer and/or co-director for the Company’s mid season production for the past two years.

Kristina, in addition to her roles with the Shakespeare Festival, has also created and instructed a drama program for the VSA of South Florida, and worked with new writers by performing staged readings of their work through the Kravis Center for the Performing Arts. She has also served as an adjudicator of Palm Beach County District X High School theater competitions for the past 6 years. Krys is a longtime member of the comedy improvisational group Cheese & Crackers of Mod 27 Productions. Professionally, she is a full-time, licensed real estate assistant for Jim McCann of The Corcoran Group on Palm Beach.