About the Shakespeare Festival 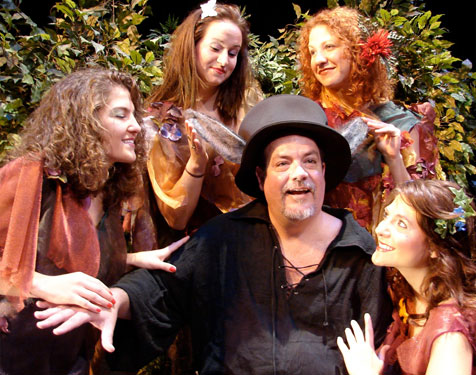 The Annual Shakespeare by the Sea has continued each year, drawing up to 10,000 people each two-weekend run. Having established the annual, summer tradition for the residents and visitors of South Florida, PBSF worked with county the Palm Beach County Commission and Parks and Recreation on the construction of its permanent home, the Seabreeze Amphitheatre in Carlin Park, Jupiter, FL which debuted in 2008 with A MIDSUMMER NIGHT’S DREAM. Other than a single summer during the Seabreeze Amphitheater construction, when the Festival toured to Boca Raton’s new amphitheater, PBSF has continued offering its free, outdoor professional productions of Shakespeare’s works for thirty consecutive years.

In addition to its annual Shakespeare by the Sea event, PBSF has produced award-winning contemporary and original productions including: the Florida premiere of Ray Bradbury’s DANDELION WINE (’94) with music by Grammy Award winning composer Jimmy Webb, the 1995 production of EDGAR at The Eissey Theatre, a PBSF original play on the life of Edgar Allan Poe; followed by THE VANISHED PEOPLE in ‘1995, which was a PBSF original historical drama about Jonathan Dickinson’s shipwreck and survival on the Florida Coast in 1696, and included choreography and dance by the Klein Dance Co; ANGEL STREET (’97) presented in association with the Helen Hayes Center of the Performing Arts, Nyack. NY; CHILI QUEEN, a new play by Jim Lehr (’98) which then toured to the Coronet Theatre, LA, CA and Ray Bradbury’s LEVIATHAN (’99). Additional contemporary productions include David Mamet’s 900 ONEONTA (’02), the Florida premiere of THE WOMAN IN BLACK (’03), A CHRISTMAS CAROL (‘04‘) which included the PBSF stage premiere at the Kravis Center, WHAT A NIGHT (’10) starring William Katt, Tennessee Williams’ BABY DOLL (’10), original comedy showcases and a series of Shakespearean shorts.

PBSF has toured throughout South Florida and partnered with every major cultural organization in Palm Beach County in its mission to bring the works of William Shakespeare and the experience of live theater to everyone.

During its near three-decades of continuous performances, the Shakespeare Festival has operated thanks to private support from generous sponsors. Now, the Festival is starting its first ever public campaign. The 30 for 30 Campaign offers the community a change to be part of the show while supporting the continuance of free, outdoor Shakespeare for all residents and visitors to our area.